Ancient America: Influences of Greece and Rome on the Political and Ideological Development of the United States

This website is a part of the NIAF Pellegri Program
on Roman Antiquity and its Legacy in America
which was made possible by a generous grant from
the National Italian American Foundation.
Created By Marissa Hicks & Zachary Wilton

This project began with the following question: How did ancient Greece and Rome influence the drafting and the ratification of the United States Constitution? This driving inquiry has since grown a number of branches extending down various paths of research. Most notable of these are the use of classical pseudonyms by both men and women throughout the revolutionary period; the early American education system and its basis in ancient Greek and Latin; and the opposition to classical education in the new Republic. 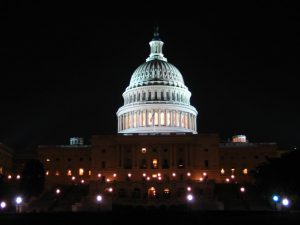 This website does not strive to be an exhaustive resource on the influences that ancient Greece and Rome had on the American revolutionaries and the drafting and ratification of the United States Constitution. Instead, its purpose is to provide a detailed overview of the political goals of the revolutionaries, and to illustrate how they used their classical education and knowledge as a means to their desired ends. It also hopes to show the ways in which ancient Greek and Roman writers informed the political speeches, pamphlets, and literary writings of the revolutionary writers. Finally, it hopes to reveal the echoes of antiquity that continue to exist in the current Federal Government of the United States.

Not only are the influences from ancient Greece and Rome still present in the organization of the modern federal government of the United States, but the echoes of antiquity pervade the architecture of the federal government buildings located in Washington, DC, the Smithsonian museums, and the national monuments. Furthermore, both Latin and Greek inscriptions are still able to be found around the city. Click the ‘Inscriptions’ tab above to see some of these.